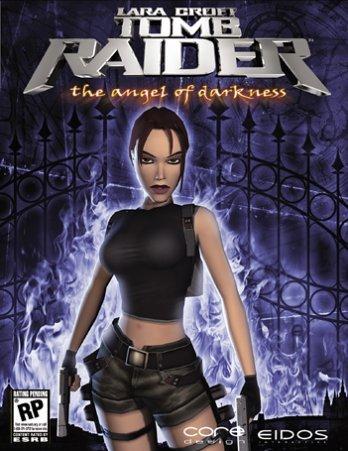 Tomb Raider 6: The Angel of Darkness

Tomb Raider: The Angel of Darkness asks more questions of Lara's abilities and motivations as she finds herself in nightmarish situations she has not faced before. As both hunter and hunted she must rely on her ingenuity, athleticism and a new harder edge that has arisen from her inner demons. For Lara it's no longer a clear-cut case of good versus evil, this is a more complex tale in which she will have moral choices to make for the first time.

A desperate phone call from her former mentor Werner Von Croy leads Lara to Paris. Von Croy has been asked by a sinister client, Eckhardt, to track down one of the Obscura Paintings - five 14th century artworks, which he is desperate to possess. She arrives to find the Parisian streets gripped with terror following the attacks of a violent serial killer. Von Croy has been the victim of a horrific murder and framed for the crime, Lara becomes a fugitive on the run. Pursued by the police, she follows Eckhardt's trail from the back streets of Paris to the hellish depths of Prague, where plans to reawaken and exploit the powers and secrets of the Nephilim race are underway. It is up to her to defeat this unholy alliance and stop Eckhardt and a powerful group of individuals calling themselves .The Cabal. from unleashing their incredible alchemic powers on the world.

During her epic adventure Lara encounters a kindred spirit in Kurtis Trent, a hardened adventurer, who is also in pursuit of Eckhardt. In her struggle to unravel the trail left by Von Croy, Lara becomes involved in underworld deals, grotesque murders, the dark side of an advanced form of alchemy and a history of blood, betrayal and vengeance spanning across hundreds of years.