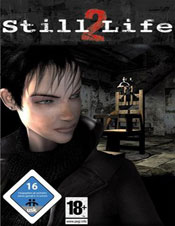 In Fall 2008, Victoria is sent to Maine where Ellen Dunnigan's body has just been found. The modus operandi and the video sent to the police and press leave them in no doubt as to the killer's identity: the East Coast Killer has struck again! No clues are picked up during the autopsy, as the serial killer painstakingly washed the body. Once again, the killer has not committed any errors.