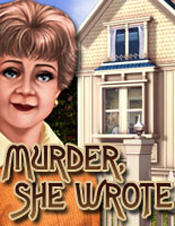 When murder rears its ugly head in Cabot Cove, players join Jessica Fletcher and her insatiable curiosity to solve the mystery in Murder, She Wrote. Based on the beloved television show, players carefully and methodically investigate murders that occur in the seemingly cozy coastal town in Maine. The police of the town are always willing to arrest the most likely suspect, but as fans of the show know best the culprit is never who you think it is. Each of the 5 cases is enriched with twists and turns that create a fun, engaging, and surprising gameplay experience.